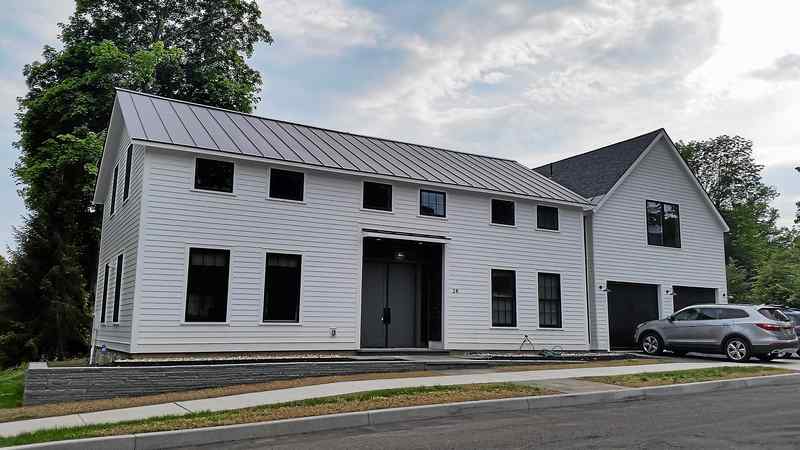 Old Saratoga Restorations transformed the former carriage house of 718 North Broadway into a single-family residence. Most of the large ornate summer “cottages” along North Broadway had carriage houses that were located at the rear of the deep lots. The long vacant carriage house, now 28 Second Street, never drew much attention as it was clad in aluminum siding and had a modern garage door.