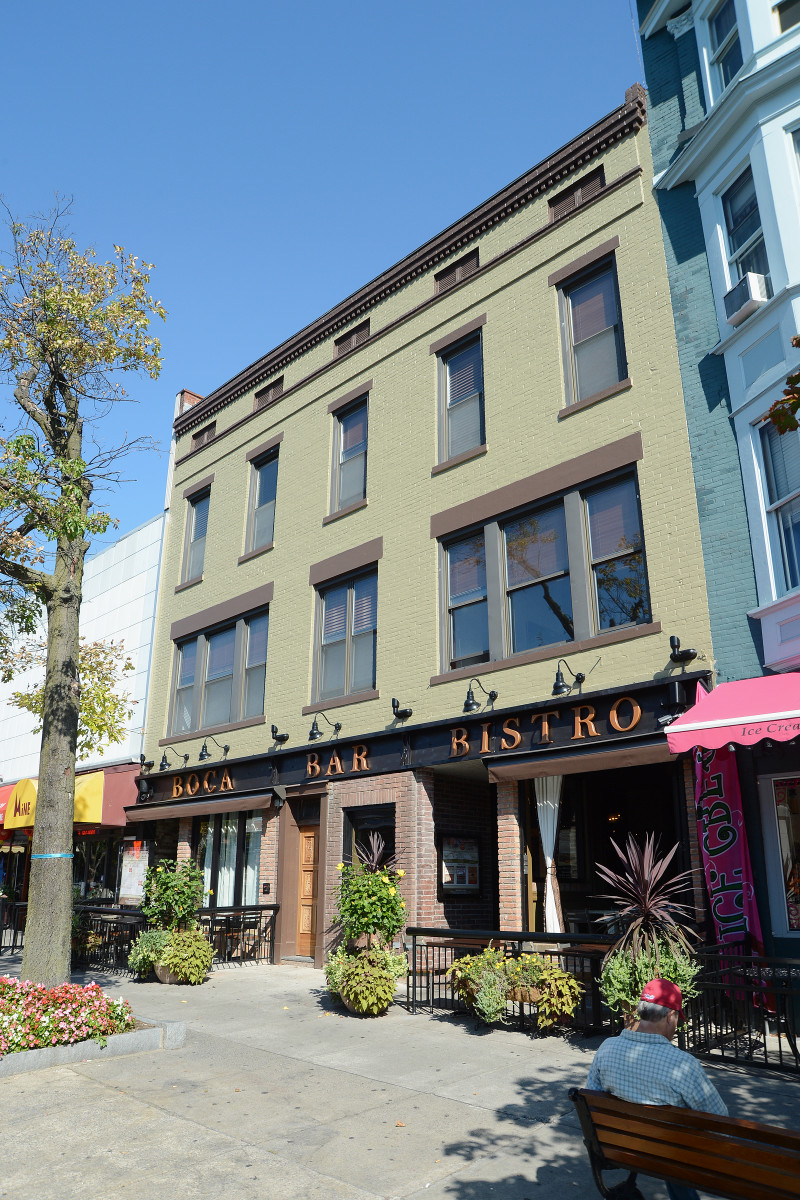 Old Saratoga Restorations were hired for the facade renovation on 384 Broadway, a building first used in 1864 as a grocery store. Original red brick removed from the interior walls was re-purposed to create the brick facing on the bar facade.