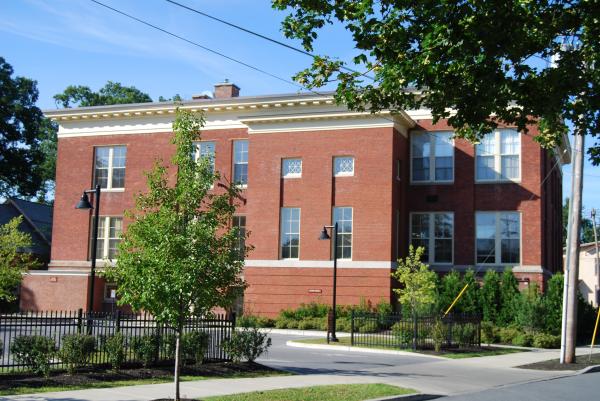 Designed in 1911 by local Saratoga architect Newton Brezee, School No. 4 at 112 Spring Street was closed in the 1950’s but remained in use for school district offices and vocational classrooms until 2003.  In 2005, Old Saratoga Restorations assisted in converting the former school building into an office building to serve both non-profit and mixed profit organizations.