APWA 2005 Project of the Year Award 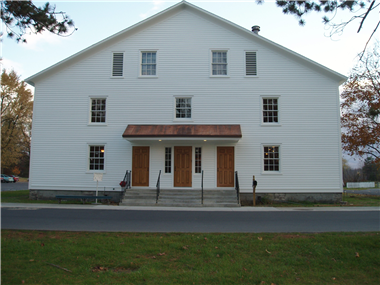 Old Saratoga Restorations was awarded the contract to completely restore the exterior facade of an 1858 Shaker Meeting House. This involved removing – by hand – more than 90,000 bricks that had been added to the exterior in the 1920’s, hiding the original wood, which had suffered damage during its imprisonment. This Public Works Project involving the New York State DOT, Albany County, Town of Colonie and The Shaker Heritage Society was a “shining example of cooperation” between agencies.